Male rats showed a small increase in a kind of heart tumor after exposure to massive amounts of cellphone radiation, a new government study reports. But don’t read too much into that, experts say  because those rats bathed in more radiation than even the heaviest cellphone users would experience.

There are ongoing worries about whether cell phones can give you cancer especially brain cancer, since our phones spend so much time near our faces. It’s true that cell phones do emit radiation. But it’s radio frequency radiation, which is much lower energy than the ionizing radiation you’d get from an X-ray, or, say, nuclear fallout. Ionizing radiation can cause DNA damage that can eventually lead to cancer  . But the radiofrequency radiation from a cellphone doesn’t work that way and today’s results support that.

One of the studies reports that male rats exposed to very high levels of radiofrequency radiation grew tumors around their hearts. Female rats exposed to the radiation didn’t, and neither male nor female mice showed obvious health problems in a second study. Neither study turned up clear evidence that radiofrequency radiation causes brain tumors, although the researchers are continuing to investigate. The studies are drafts that haven’t yet been reviewed by outside scientists.

While the Federal Communication Commission limits how much radiofrequency radiation can come out of your cellphone, the Food and Drug Administration can have a say about whether those limits are safe. So the FDA asked the National Toxicology Program (NTP), a division within the National Institutes of Health, to investigate. Based on the NTP’s results, as well as hundreds of other studies, the FDA is still confident that the current limits on cellphone radiation are safe, according to a statement  from Jeffrey Shuren, the director of the FDA’s Center for Devices and Radiological Health. 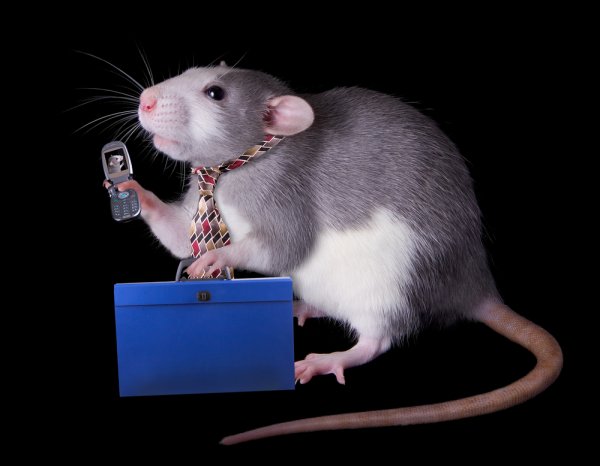 The study specifically used 2G and 3G frequencies — not the frequencies used on more advanced 4G or 5G networks. Researchers exposed the rodents’ entire bodies to the radiowaves for more than nine hours per day, for up to two years.  These exposure levels were much higher than what people would experience, John Bucher, senior scientist with the NTP, says in a statement.  “So, these findings should not be directly extrapolated to human cell phone usage,” he says.

And even with these unusually high levels of exposure, the links to cancer were still “mostly equivocal, or ambiguous,” according to FDA’s statement . In fact, the rats exposed to cell phone radiation actually appeared to live longer than the ones that weren’t, a finding that the FDA’s Shuren says the agency is assessing. The difference could simply be the result of chance, STAT News reports.

So, what do these results in rodents mean for people? Not a whole lot, experts say. “Even with frequent daily use by the vast majority of adults, we have not seen an increase in events like brain tumors,” the FDA’s statement says. Otis Brawley, the American Cancer Society’s chief medical officer, agreed in an interview with The Associated Press. “The evidence for an association between cellphones and cancer is weak, and so far, we have not seen a higher cancer risk in people,” Brawley told the AP  in a phone interview. “I am actually holding my cellphone up to my ear.”