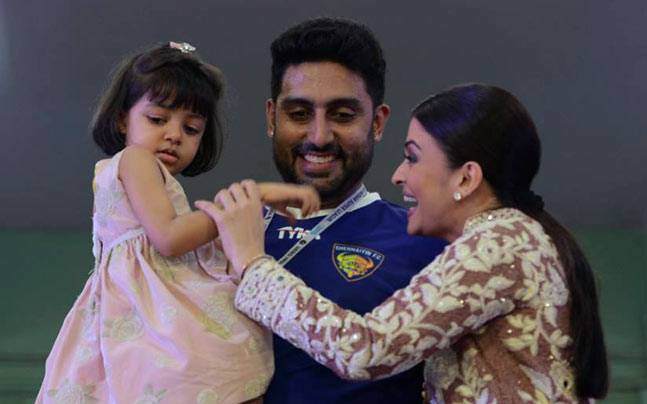 Aishwarya Rai and Abhishek Bachchan are among Bollywood’s most loved couples. The two married in 2007 and have a daughter, Aaradhya, together. Recently, Abhishek Bachchan opened up how the two went from being friends to life partners.

Speaking at India Today Conclave East 2018, Abhishek said, “I first worked with Aishwarya in my initial films. We first worked together on Dhai Akshar Prem Ke. We were friends since then. We were dear friends. We were simultaneously doing another film, Kuch Na Kaho. We always had a close friendship, and in time, it evolved into something more than that.”

Abhishek revealed that the two fell in love while doing the Muzaffar Ali film, Umraao Jaan. “Things took a serious turn during Umrao Jaan. After that, I proposed to her and then we got married and now we have a beautiful daughter, Aaradhya,” Abhishek said, adding, “Aishwarya is dedicated to whatever she does, be it acting, or as a mother.”

Earlier, speaking to the media, Abhishek had said, “I’ve never asked who fell in love first, actually. I’ll have to ask her that. But the moment we got together we knew this was it,” with Aishwarya adding, “It’s not like we said ‘One minute, let the relationship marinate, we want time to get to know each other’.”

The Bachchans say they’ve learned from each other through nine years together. “I don’t react to any speculation; my wife taught me that a long time ago,” says the actor. “One of her favourite phrases is, ‘It’s water off a duck’s back’, that rumours are nothing compared to the amount of positivity you receive, so just treat them as kala teekas and move on.”