Human ingenuity is limitless. The list of creative and brilliant inventors throughout human history is long and each story is fascinating. Some have achieved legendary status. People like Thomas Edison, Nikola Tesla and Alexander Graham Bell helped shape our world through inventiveness. There are other stories about inventors who, working independently, created inventions nearly identical to one another at around the same time. Did Philo Farnsworth or Vladimir Zworykin invent the first electronic television? Legally, the honor goes to Farnsworth but the debate continues to this day.

But there are other inventions that don’t have quite the same impact on our way of life. Some of these inventions may seem unusual or even ridiculous. Many fade into obscurity almost immediately after they appear. A few have lasting power and succeed despite — or perhaps even because of — the ridicule they receive from the public.

In this article, we’ll look at 10 inventions that either were dismissed or embraced as being silly that ended up becoming famous. 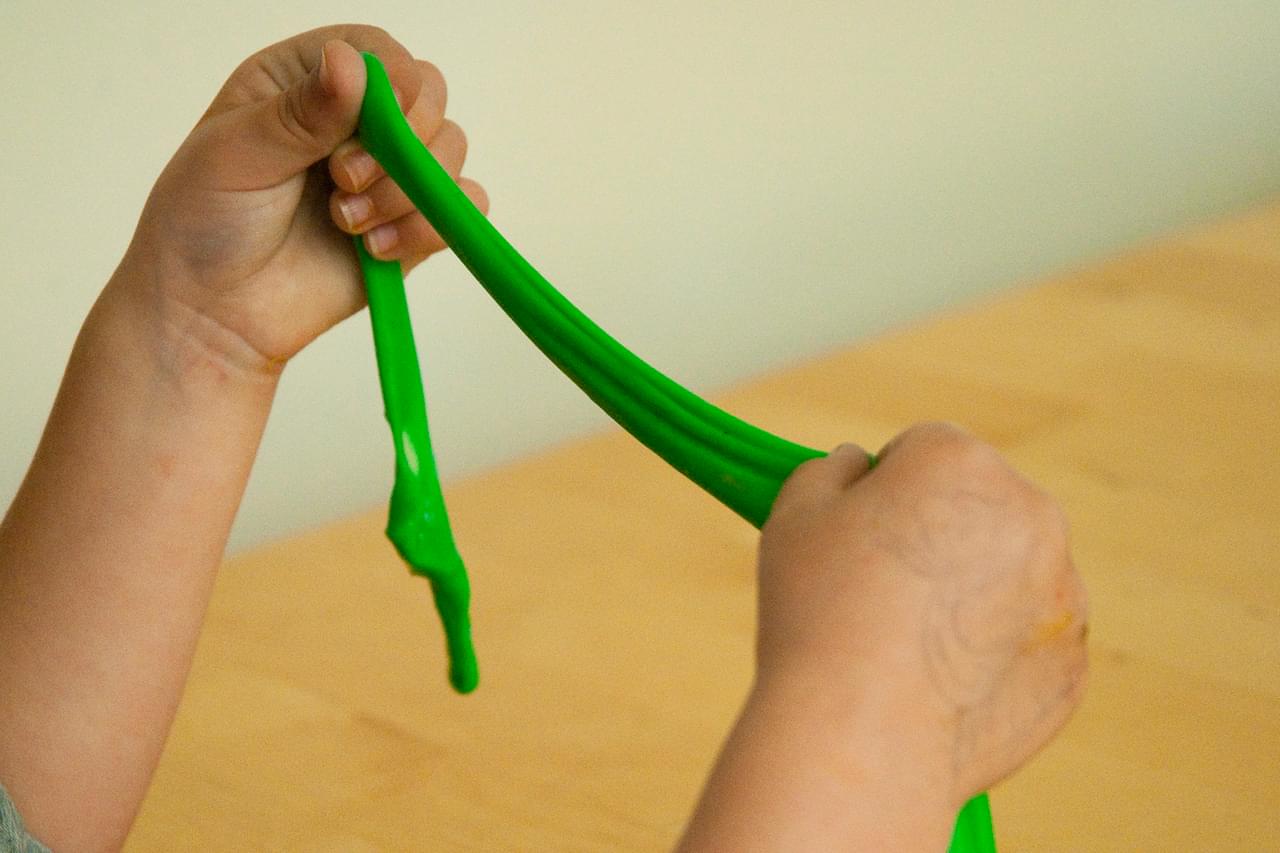 General Electric engineer James Wright was working on developing synthetic rubber. As World War II raged, the Allied countries faced shortages of rubber from natural sources. Wright’s experiments resulted in something that wasn’t nearly as useful as rubber but would become a popular toy: Silly Putty.

Wright made Silly Putty from silicone oil and boric acid. He dropped some and saw it bounce. Over the next two years, General Electric sent samples of Wright’s putty to other engineers but no one could figure out a way to use it in a practical application. By 1949, a toy shop owner got her hands on the stuff and immediately saw that it could be used for entertainment rather than industry.

Silly Putty didn’t become immediately popular. A marketing consultant sunk money into it and nearly went bankrupt before a newspaper story in 1950 created a huge demand for the product. It’s been available ever since, bouncing on floors and picking up newsprint for decades. Silly Putty falls into the category of serendipitous brilliance — also known as the happy accident. 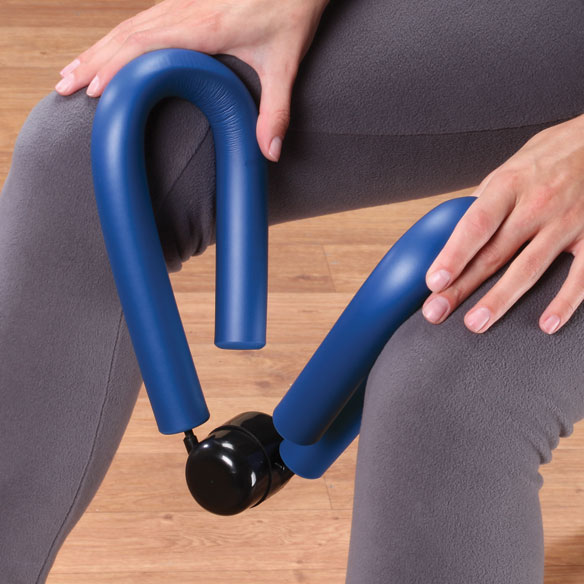 How can some padded metal tubing, bent into loops and hinged in the middle, create a craze? It helps if you have an infomercial starring Suzanne Somers using the product. That product is the ThighMaster, a piece of exercise equipment that first gained popularity in the early 1990s. You can still purchase one today — there are even some variations and knock-offs on the market.

How does it work? It’s a form of resistance training that’ll give your muscles a workout if you use it properly. If your goal is to lose weight you’ll need to vary your workout — the ThighMaster system can help you tone muscle but isn’t as effective at burning fat. And you might want to exercise with your ThighMaster behind closed doors — it tends to look a little silly. 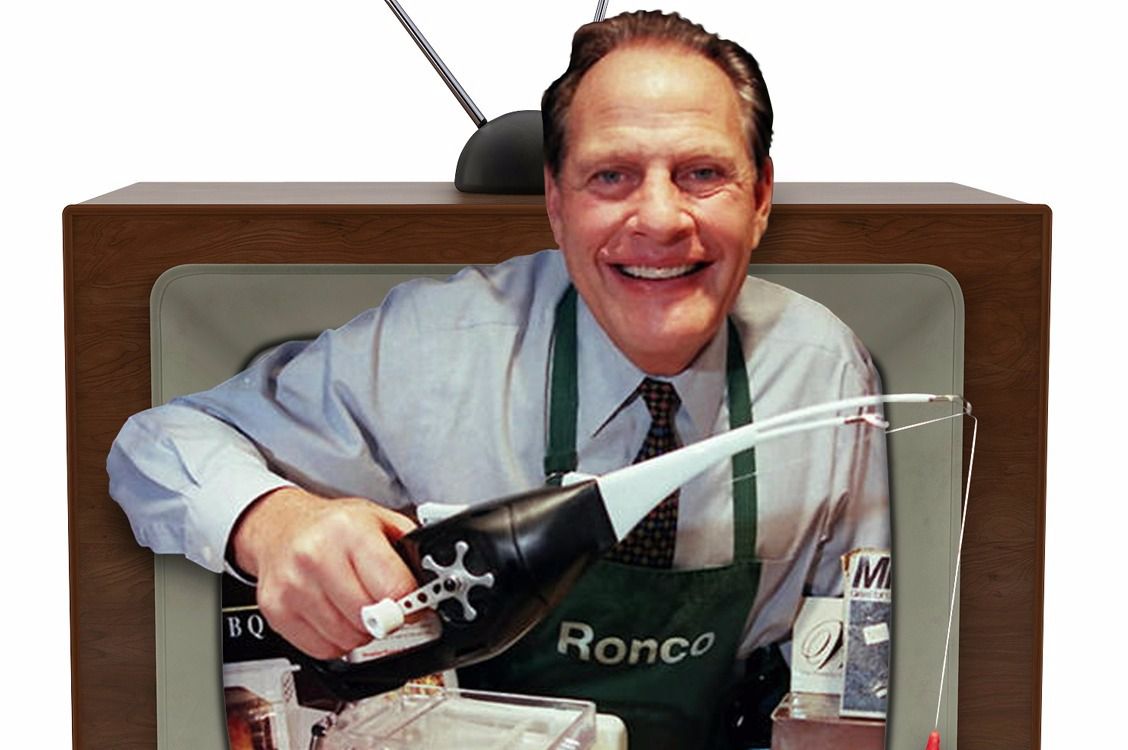 Centuries from now when people talk about the great minds that shaped the 20th century, it would be a shame if they left out Ron Popeil. Popeil is a salesman extraordinaire, peddling some of the oddest wares ever seen on a television screen. Whether it was the Veg-O-Matic cutting board or the Inside-the-Shell Egg Scrambler, Popeil tempted and tickled his audiences with silly inventions of debatable usefulness.

Picking one invention from Popeil’s contributions was difficult but the Pocket Fisherman makes a strong case. It’s still available for purchase today. As the name implies, it’s a compact fishing rod. A compartment in the handle holds hooks, sinkers and other small gear. It can fold up to fit into small compartments and yes, if your pockets are a little on the large side, it’ll even fit in there, too.

Like many of Popeil’s inventions, the pocket fisherman seems to solve a problem you didn’t know you had. But the product has its share of devoted fans who swear by its portability and usefulness.

Do you want a pet but you’re not ready for the full responsibility of caring for a living, breathing creature? Then perhaps a virtual pet is a good choice for you. The virtual pet craze launched in the United States when the Japanese Tamagotchi digital pets filtered into toy stores. But things really got crazy when the Furby launched in 1998.

The run on Furby toys reminded old timers of the days when parents stormed shops in search of Cabbage Patch Kids back in the early 1980s. Everyone had to have one. And what were they? The Furby was an electronic toy that would initially speak its own language but gradually learn English as you interacted with it. It could also converse with other Furby toys and used motion sensors to detect when it was being touched or moved around.

Eventually, some enterprising hackers skinned and gutted Furbies to find out what makes them tick. With a few tweaks of the microprocessor that powers a Furby’s electronic brain, hackers found they could expand the vocabulary or give it voice-recording capabilities. 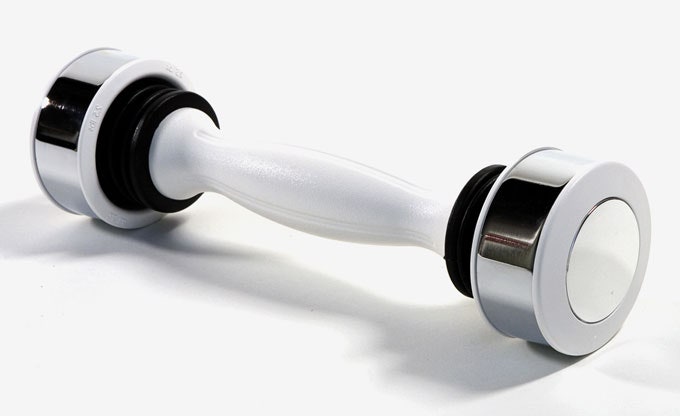 The Shake Weight consists of a handle and two weights — but it’s no dumbbell. The weights attach to the ends of the central handle via springs. You hold the handle in the center and shake it to get a workout. According to the advertisement, following the suggested workout for six minutes is equivalent to working out with normal weights for five times the routine running time. The original Shake Weight was 2.5 pounds (1.13 kilograms) — a model for men weighs twice as much.

The Shake Weight gained fame beyond its own infomercial. It appeared in parodies on “Saturday Night Live” and on stage at “The Ellen DeGeneres Show.” Whether you call it fame or infamy, the Shake Weight’s notoriety is greater than most other exercise products on the market.

Silly is a subjective term. Not everyone thinks iRobot’s robotic vacuum cleaner is particularly silly. But when Roomba first hit the market some people laughed. A robotic disk that rolled around, bumping into things and vacuuming the floor didn’t match up to the image of a bionic butler.

But the Roomba has stuck around and met with success. The engineers behind iRobot have an impressive background. They’ve developed robots for space exploration and defense projects. Their creations have saved lives and advanced science. It’s clear the engineers at iRobot know their robotics.

The company launched the Roomba in 2002. The robot received lots of attention from the press. Today, iRobot offers other robots to help with keeping your house in shape, including the Scooba robot that mops floors and the Looj robot that cleans gutters. These robots help owners save time and effort by performing routine cleaning jobs. And they don’t have any feelings so it’s OK if you want to laugh at them. 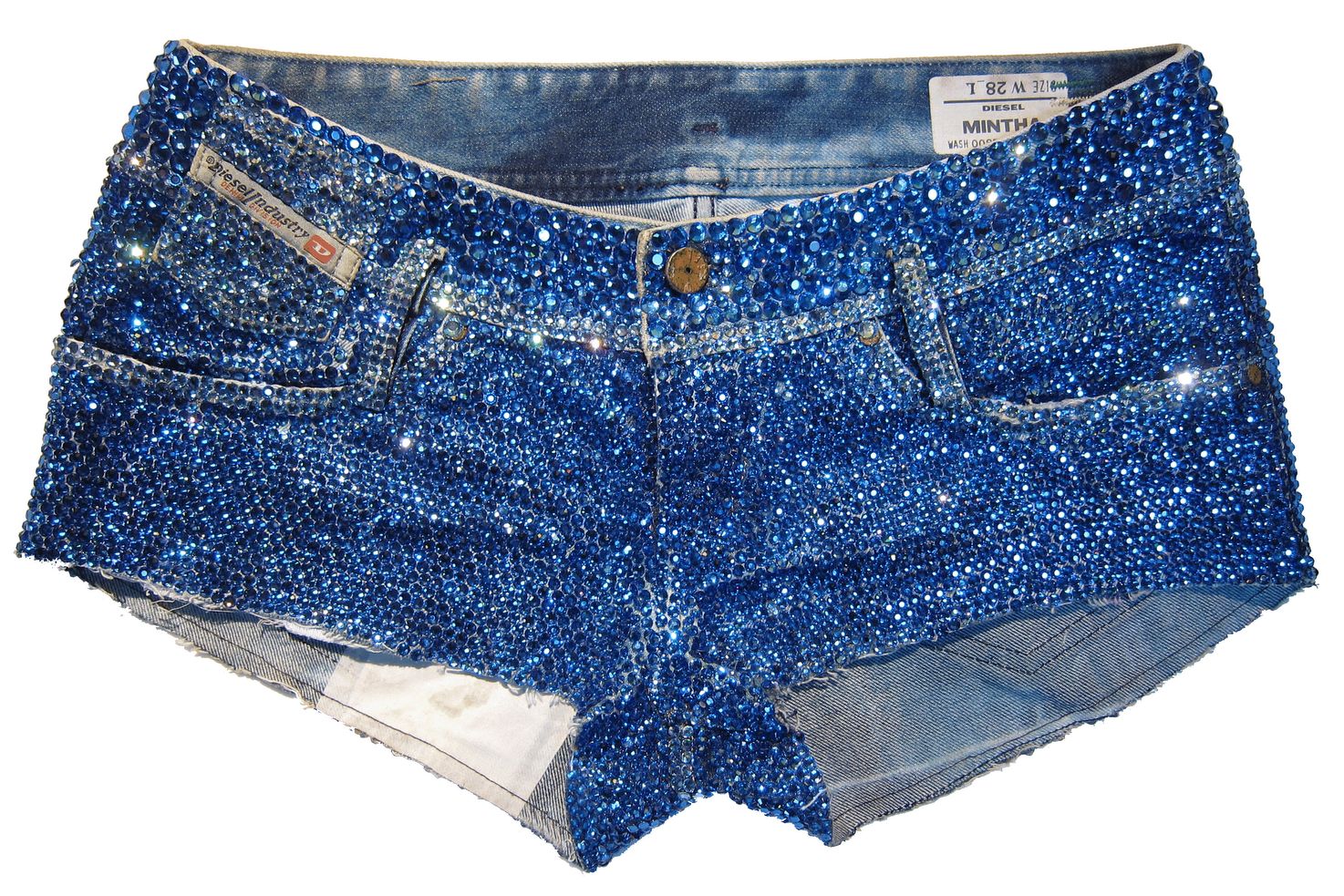 Want to spruce up your wardrobe? Need to add some zing with bling? Then it’s time to bedazzle! The BeDazzler comes to us courtesy of a Ron Popeil protégé. The inventor’s name is Herman Brickman. His device lets you add some sparkle to your life by setting rhinestones into fabric. The BeDazzler resembles a manual stapler. You insert a setting and stone in the device, position the fabric just right and press down to set your stones.

The BeDazzler is still on the market. It’s also the punchline to many jokes about fashion in the 1980s. Perhaps some people got a bit carried away with their newfound ability to add pizzazz to their clothing. But the device gave people the opportunity to customize clothing in a relatively easy way.

The BeDazzler is so famous that it appeared in Donald Trump’s reality show “The Apprentice.” That’s a pretty exclusive club!

Wow, and you thought the Shake Weight had a weird advertising campaign. The Hula Chair and its imitators have a motorized seat that moves in a circular motion as you sit on it. According to vendors, the chair is meant to help you develop stronger abdominal muscles while simultaneously giving you an invigorating massage in the process. The commercials for the product show people performing normal activities, including office work, while sitting on a moving chair.

Whether or not the Hula Chair delivers any benefit to people trying to tone their tummies is a matter of debate. Reviews for the device point out that it’s not easy to sit on a moving chair and behave as if nothing unusual is going on. According to MSNBC.com fitness correspondent Jay Blahnik, the chair won’t make you shed unwanted inches around your waist. It might make you a big hit at parties, however. 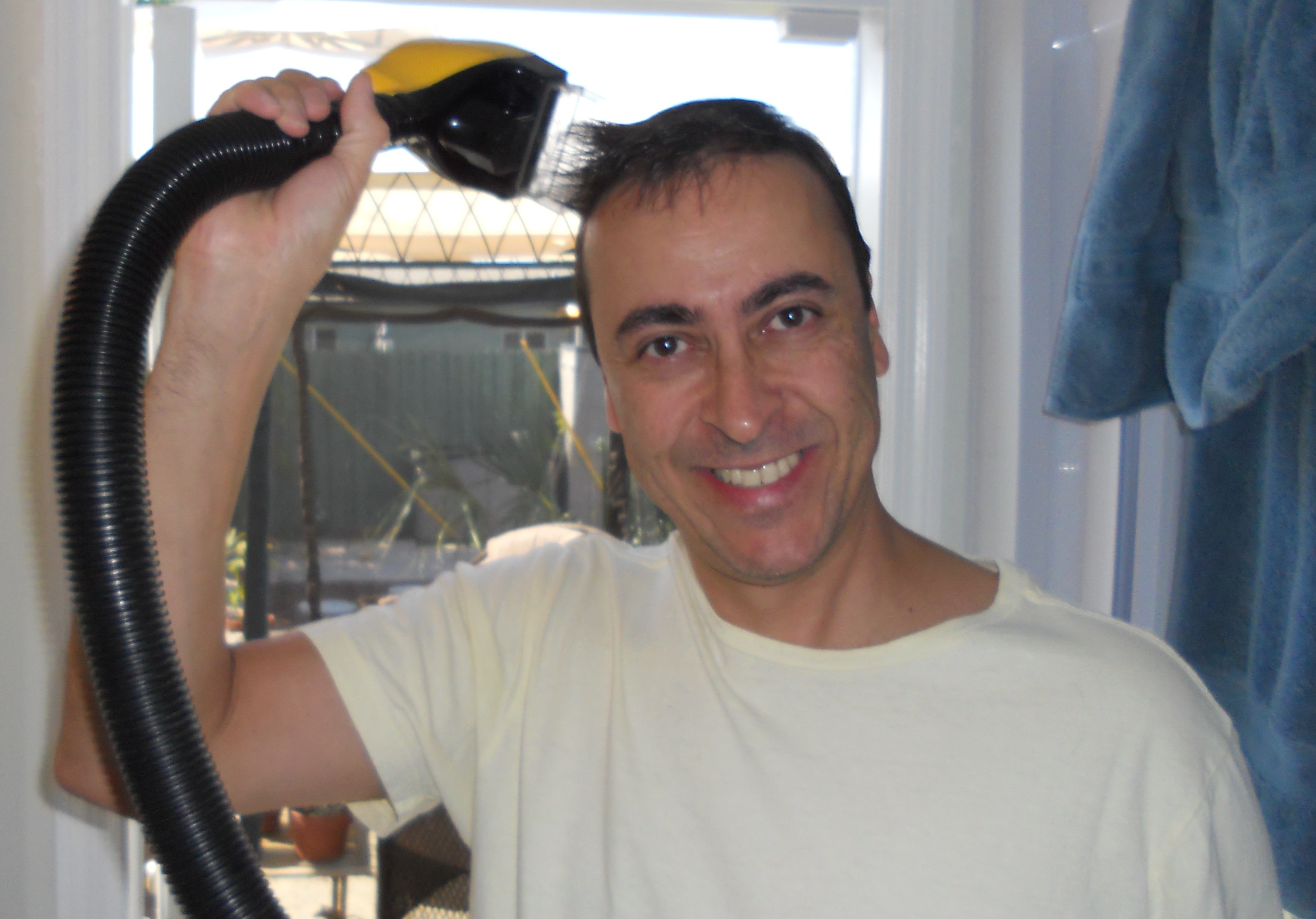 There’s an old riddle that asks how you can always tell who the town barber is. The answer is that you find the person with the worst haircut in town, because the barber would either have to perform it on him- or herself or get someone less capable at cutting hair to give it a shot. The Flowbee is an invention that promised to turn you into an expert barber even if you’re performing a haircut on yourself.

The invention combines electric shears with a vacuum cleaner. Invented by Rick Hunts, the device pulls your hair through suction and trims it with recessed blades. The vacuum collects all the trimmings so you don’t have to worry about a mess. The extensions allow you to cut hair to lengths of just a half-inch (1.3 centimeters) all the way up to 6 inches (15.2 centimeters) with quarter-inch increments in between.

It’s not exactly a trip to the beauty parlor, but the Flowbee creates an easy way to cut hair. And the commercials are a hoot, too!

The Flowbee isn’t the only vacuum-based product designed to pull at your follicles. The Curly Boys Club in the 1950s aimed to cure male baldness through the application of various lotions and a suction cup device meant to stimulate blood flow in the scalp.

If there were the equivalent of an Academy Award for silly inventions it would have to go to the Snuggie. How do you improve upon the basic invention of a blanket, which is literally just a length of cloth? The Snuggie did it by adding sleeves. No longer would you have to make a choice between reading a book and being warm and snuggly under a blanket. The Snuggie would allow you to do both!

The Snuggie isn’t the only sleeved blanket on the market. In fact, it wasn’t even the first! Both the Freedom Blanket and the Slanket hit the scene before the smaller, less expensive Snuggie. But the Snuggie had an ad campaign that propelled it into the limelight.
It’s easy to dismiss the Snuggie as a goofy novelty item. It became a popular punchline for television show hosts like Ellen DeGeneres and Jon Stewart. But what may have first began modestly as a series of gag gifts between friends has evolved into a viable business. In fact, there are members of the HowStuffWorks.com editorial staff who are proud owners of Snuggies.

Whether you’re a fan of the original blue, green, pink or purple Snuggies or prefer the daring skull-and-crossbones or monkey designs, there’s a Snuggie out there just waiting to keep you warm. Silly? Sure! But you can’t deny it’s a success!